As I told you guys, I'm the Sports Editor at my school newspaper The Bottom Line. This week, I had my writers compile mock draft of the top ten picks of the NFL Draft for tomorrow. As I believe they did an unbelievable job with this, I wanted to go ahead and share what they came up with. My writers names are Christopher Evans, Brad Kroner, and Antonio Mancuso Enjoy Part 1!! 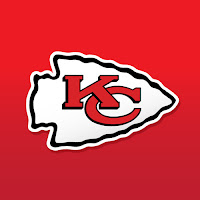 The Kansas City Chiefs look like a completely different team this year. With the acquisition of former longtime head coach of the Philadelphia Eagles Andy Reid and former San Francisco 49ers starting quarterback Alex Smith, the Chiefs have a lot to prove this season. Joeckel was a first team All-American during his time with Texas A&M and could be the perfect fit for this team, especially with a new quarterback.

With the first overall pick in the 2013 NFL draft, the Kansas City Chiefs select OT Eric Fisher from Central Michigan. There are rumors that current left tackle Brandon Albert may be traded, and there are question marks at RT following the release of veteran RT Eric Winston, so it makes sense for the Chiefs to draft a LT number one overall.

Joeckel does not struggle in any part of his game. He has the ability to be effective in pass protection as well as run blocking. 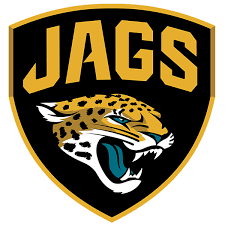 The Jacksonville Jaguars were the victim of a horrible season filled with injuries on both sides of the ball. Tavon Austin could be the perfect fit for this team which has no stand out wide receivers. Finishing eighth in the Heisman trophy ballot, Austin had a phenomenal 2012 season with the Mountaineers having racked up 1289 receiving yards and twelve touchdowns as well as 2 touchdowns and 978 yards on kick/punt returns. Tavon Austin could be the blasting cap that the Jaguars need to make the playoffs.

The Jacksonville Jaguars select QB Geno Smith from West Virginia University. 2011 first round pick Blaine Gabbert has not played up to expectations and the new regime in Jacksonville may look to find a new signal-caller in the draft. WVU QB Geno Smith shattered school records and is touted as the best QB in the class.

Jordan averaged .42 sacks per game in his senior season at Oregon. He has already garnered comparisons to All-Pro pass rusher Aldon Smith from the San Francisco 49ers from many draft analysts. These pre-draft comparisons include draft guru Mike Mayock from NFL Network.

At 6’6”, 248lbs Dion Jordan may be a big question in the draft this year since he only played 11 full games and had to undergo shoulder surgery at the end of the season, but he is still a huge boost to any team in the NFL. Finishing 4-12, the team needs an answer on the defensive side of the ball seeing as their only wins came against teams that did not make the playoffs or even finished with a respectable record last season. Dion Jordan recorded 44 tackles, three forced fumbles, and had an interception last season with the Ducks, a healthy Jordan could be a definite additive to the Raiders.


The Oakland Raiders select Florida DT Sharrif Floyd. Oakland has a hole in the middle of their defense that must be filled. Floyd can fit in either a 3-4 or 4-3 defense. His interior pass rush skillscould improve Oakland’s 31st ranked sack total.

ESPN draft guru Mel Kiper Jr. has Floyd ranked as the best player in this draft. He is a disruptive force against the run and can plug in holes effectively and efficiently. His play helped the Gators to be ranked 4th overall in rushing defense and 5th in total defense among all Division I-A schools. 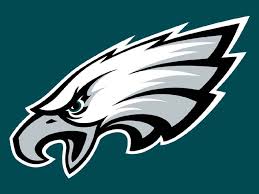 Michael Vick took heavy blows last season and played hurt most of the season, this may still be his team, but the fact remains that one bad hit could end his career. This is where Eric Fisher comes into play. At 6’7” and 306lbs, this tall but quick offensive tackle received first team All-MAC honors last season and was the catalyst to Central Michigan’s offensive line last season and could help stretch out Michael Vick’s career for a little while longer.

The Philadelphia Eagles select OLB/DE Dion Jordan from Oregon. Former Oregon head coach Chip Kelly is very familiar with Jordan, and that may influence the decision to select Jordan with the fourth overall pick. The Eagles are switching to a 3-4 defense and could use an edge rusher like Jordan.

Geno Smith had a big year at West Virginia. He threw 42 touchdowns, six interceptions, while completing 71.2 percent of his passes. 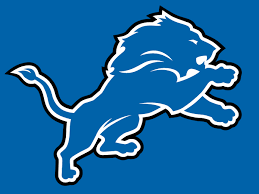 The safest pick this season for some teams in the draft is to pick an offensive lineman. Teams like the Detroit Lions who have a franchise quarterback to build their team around, just need some linemen to help protect him. At 6’6” and 303lbs, Lane Johnson is the fastest and most athletic lineman in the draft this year as evidenced by his 4.75 40 yard dash time (best by any offensive lineman). He can create problems for the defense with his ability to generate some push on run plays. The Lions could be a serious contender in the playoff hunt with Lane Johnson.

The Detroit Lions select OT Luke Joeckel from Texas A&M. Matt Stafford has weapons, but in order to effectively use them, he needs protection. The team only allowed the ninth most sacks last season, but considering the retirement of long time OT Jeff Backus and the position change of 2011 first round pick Riley Reiff from tackle to guard, the team might want to draft a tackle early in the draft. Joeckel may be the best on the board at fifth overall.

Fisher has the ability to be effective in pass protection as well as run blocking. He helped pave the way for running back Zirlon Tipton to rush for 1492 yards and 19 touchdowns .To some experts he, as well as Joeckel could both be taken first overall.