Withitness: Do You Have it? You Need It! 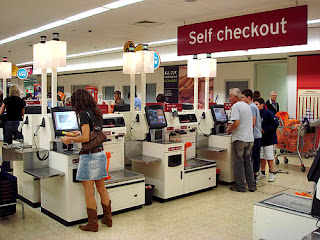 For those of you who do not know me, I listen to a lot of sports radio. I enjoy listening to O's games on summer nights, as well as the daily talk shows. One of my favorite shows is ESPN Radio's "The Herd" with Colin Cowherd. While I do not always agree with his opinions, there is a concept he mentioned that I think we all need to acquire in our lives. This is the concept of "withitness."
Withitness is essentially being aware and/or knowledgebale about your surroundings. Think having eyes in the back of your head.

A good example of this is when you are standing in line at the grocery store's self checkout aisle on a Saturday afternoon (usually a grocery store's busiest time of the week). Someone who is not aware of their surroundings will take their good old time scanning their items and packing their bags. With withitness, you notice the line of people behind you and you pick up the pace and try to get the process done so that the next person can go.

People who have the best sense of withitness are teachers and athletes. Teachers need to be able to know what is going on in and around their classroom. They cannot afford to be ignorant of their surroundings. Catching misbehavior quickly could be the difference between a orderly classroom and a lawsuit. I had a teacher in High School who was truly with it. She could catch anything, "and The Rock means anything!" that you did or were trying to do in her class. Even if she was looking down at her desk while grading, she could tell when someone was barely whispering all the way in the back of the class. 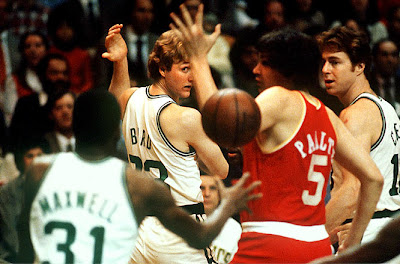 Athletes gain withitness just by playing and practicing their sport. In basketball, the term for withitness is "Court Awareness."  All of the great passers in hoops had high court awareness. From Magic Johnson, Larry Bird, Steve Nash and Jason Kidd all had or have impeccable court awarenessand court vision. They know what's going on in the paint, on the wings and in the backcourt.

Have you ever seen Denver Broncos Quarterback Peyton Manning before the ball is snapped? You probably think "why is he yelling out all of these cadences and weird phrases that no one understands?" Well, for my non-gridiron folk, sometimes he is calling an audible to change the play. Other times, he's just doing  that simply to trick the defense into thinking he's changing the play. His level of withitness allows him to see what's going to happen when the play is run before anything happens. If you do not have withitness as a QB, you will end up like the 2002 version of QB David Carr-sacked 76 times.


Since my withitness alarm is telling me to wrap it up, I'll just encourage you to be more "with it." You can never be too aware of what's going on around you. It may save your live or another's one day!
Posted by Aaron W.W. at 4:21 PM